If Obama Represents Change, Why Do His Appointees Look so Much Like Clinton’s?

America has voted. America has cast their vote for change. Change from the republicans, and change from the Clintons. So if Obama represents change, why is filling the Whitehouse with the same people who worked for Clinton?
Posted by Josh Pollard at 7:50 PM No comments:

So now that Obama wants to give corperations tax breaks, can McCain start running misleading ads that state "Obama wants to give tax breaks to companies who ship jobs overseas"
http://www.nytimes.com/2008/10/14/us/politics/14campaign.html?hp
Posted by Josh Pollard at 2:29 PM 2 comments: 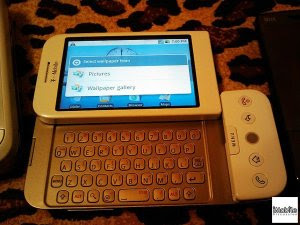 How I Celebrated the Start of Football Season

Playing the best [read, the only one I was ever good at] football video game of all time: Tecmo Super Bowl. 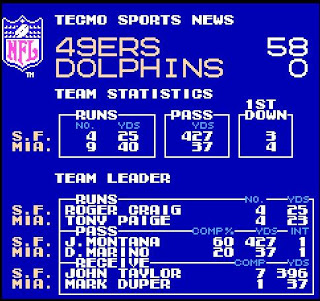 Chrome Isn't Working Out so Well for Me

So I was just excited as the next geek to check out Google Chrome, and at first I really liked it. Unfortunately its just not working for me. My biggest concern is that Outlook Web Access doesn't work at all, and considering I use Mail2Web Live that is a big problem. One of our work sites also doesn't work very well in Chrome. So I basically can't use Chrome for two of the sites that I use the most.
Posted by Josh Pollard at 9:30 AM 3 comments:

Since McCain announced Sarah Palin as his running-mate yesterday the Obama campaign has attacking the choice because she doesn't have any foreign policy experience. Experience is a somewhat more tricky thing to define though. I think we would all agree that there is such a thing as useful experience. For example, being a professional rugby player in New Zealand for 20 years would provide that person with plenty of experience, but almost none of it would be useful in running our country. So I decided to make some pretty pictures to illustrate the point that I'm going to make here. First, there are a few things to keep in mind. The numbers have been weighted. First off, if your name is at the top of the ticket, your experience is more worthwhile, because you will be the person immediately running the country. Foreign policy experience is fairly weighty on my scale, but there are definitley other things to take into consideration, so having a lot of it won't throw your numbers off the charts, but could help if you're lacking: Executive experience. Given that the candidates are fighting for the lead of the executive branch of our government I've given executive experience a moderately hefty weight also. So, where do we stand? Check the meters below.

First, the candidates at the top of the ticket 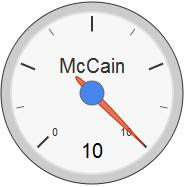 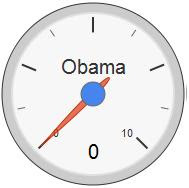 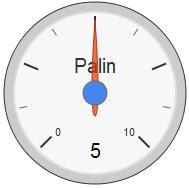 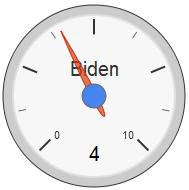 And now, just to prove a point

I would like to congratulate senator Obama on being the first African-American to receive the nomination of a major political party. While I deeply disagree with him on most issues I do recognize the historic nature of tonight's events. It makes me even more proud to be an American to see this barrier broken. I realize that racism is still a very real problem in this country, but this is a big step in the right direction.
Posted by Josh Pollard at 10:57 PM No comments:

More LMP1 Competition for the Audi’s Next Year?

All season rumors have been flying around the American Le Mans paddocks that Acura will be campaigning at least one car in the LMP1 class in 2009. This weekend the series is in Detroit for the Detroit Sports Car Challenge. According to an article written by David Phillips on the American Le Mans Series website, “Acura has requested time for a press announcement.”

I’ve been an avid fan of the preeminent sports car series in America for the last two seasons. While the competition has been good between the LMP1 Audis and the LMP2 Porches, and Acuras this year, I’ve been longing to see another full-time LMP1 team. The 24 Horus of Le Mans has been great the last two years because the Audis have gone head-to-head against the Peugeots in the LMP1 class.

I’ll be eagerly awaiting the news this weekend!
Posted by Josh Pollard at 7:50 PM No comments: